The number of vehicles has been skyrocketing over the past years. But accompany the flourish in the vehicle industry, there has also been a significant increase in the number of road accidents. The growing number of vehicles has increased the road traffic burden as well. To ease the pressures brought by the climbing volume of vehicles, the concept of C-V2X is introduced to enhance road safety as well as traffic efficiency by allowing vehicles to communicate with its surroundings.

Cellular vehicle-to-everything, C-V2X, is an emerging technology that allows vehicles to communicate freely with virtually everything around them, which covers communications to other vehicles (V2V), to infrastructures aside the roads(V2I), to vulnerable pedestrians (V2P), and to the network and the cloud (V2C).The C-V2X technology paves the way to next-generation transportation as it shows growing promises of road safety and traffic efficiency. It also provides fundamental technology basis for innovative self-driving automation. Wireless communication between the vehicle and its surroundings is the core of intelligent driving. Fibocom provides innovative technology to enable high-speed, reliable 5G wireless communication on the vehicle by embedding its C-V2X modules on in-vehicles applications like T-Box and ADAS. Here, we will see how reliable and real-time wireless communication between vehicles (V2V) can enhance road safety and traffic efficiency. 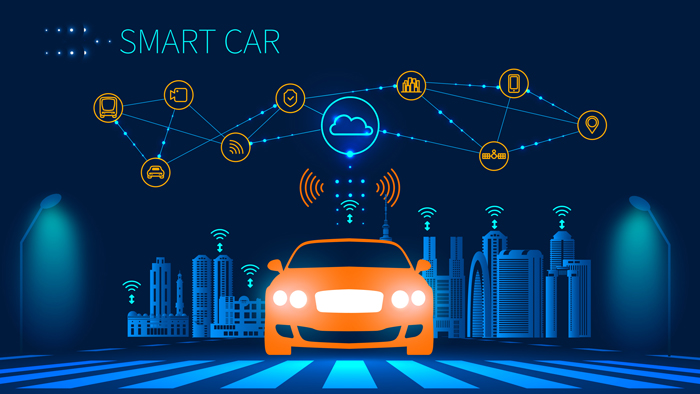 Numerous road collisions arise when a vehicle enters a blind area where is not visually noticeable for the driver, or when a vehiclemakes a sudden shift in directions or speed without signals or alerts. Using C-V2X technology, vehicles are able to share driving information like its identity, location, speed and direction in real time to other vehicles along the road. All contextual information will be aggregate to the car computer (also known as the car’s brain) embedded inside each vehicle, to draw a real-time, full-angle map with each vehicle identified, whether they are within or outside the driver’s visibility. The C-V2X system is smart enough to leverage contextual data to predict the motions of individual cars and calculate the potential of collision. When risky conditions are detected, the C-V2X system can react simultaneously to take control from the driver and brake the car. 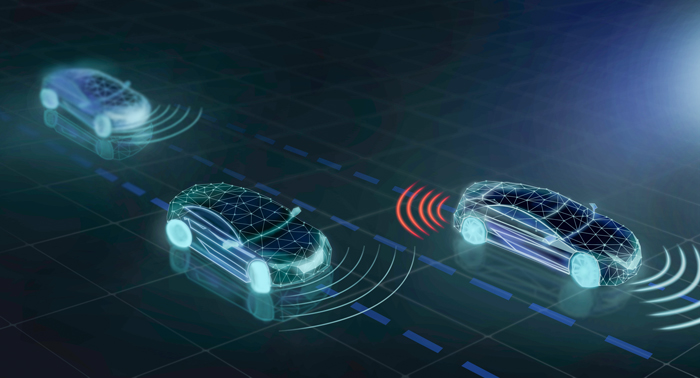 Slow reaction time among the car queues is another fatal reason that contributes to road inefficiency. It takes around 3-5 seconds for a driver to observe a car in front start moving and start the engine to follow up. Considering a congested lane long enough, it would consume minutes to hours for the whole queue to move just a little step forward, which is a fatal inefficiency. Thanks to C-V2X technology, real-time communications allow vehicles to take synchronized action and keep the same pace to speed up, slow down, or brake without a long reaction time. It used to take minutes to move the whole queue now only takes a second.

By allowing vehicles to communicate freely with each other, C-V2X technology enables cars to inform their intentions wirelessly to other running vehicles, thus giving vehicles the ability to work cooperatively. Cooperative driving is meaningful in utilizing road space and avoiding collisions. For example, when a car enters the highway and needs to merge into the slow lane, it can inform its intention to the vehicles on the lane in advance. When the merged car gets to merging intersection, the cars ahead will automatically speed up and the cars behind, respectively, will slow down to make enough space for the joined car. Cooperative driving is also a significant application in scenarios of emergency car path clearance. When police cars, ambulances, fire trucks are on missions, they can notify cars onits path for clearance in advance, and cars will automatically make avoidance when receive signals. reach its destination within the shortest time. 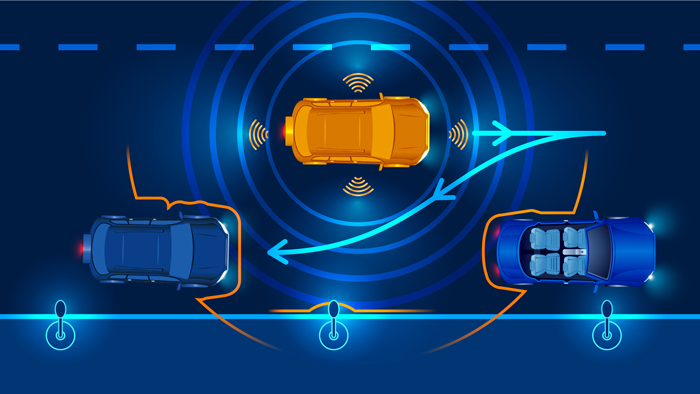