Between LTE CAT1 CAT4, we can safely say that CAT1 is less complex. This makes massive IoT deployments a lot easier with the LTE CAT1 module.

The LTE CAT1 CAT4 modules have gained considerable popularity in the IoT industry. When you are developing an application or your organization is planning a global deployment then you will be able to choose from different LTE modules. Understanding which one will be best suited for your project is the first step to choosing the right module.

As 2G and 3G begins to exit the markets, the IoT industry looks towards new technologies for network connectivity and to enable the smooth functioning of its applications and devices. So we now have cellular technologies which go from CAT 0 to CAT 19 which support 4G connectivity. The more commonly used modules among these are the CAT 1 and CAT 4 modules.

Since the transition from 2G and 3G to 4G is still ongoing in many geographical regions, this is why Fibocom’s LTE CAT1 module also supports 3G and 2G connectivity.

Some of the benefits of the LTE CAT1 module which makes it useful for a wide range of applications are:

Low complexity – Between LTE CAT1 CAT4, we can safely say that CAT1 is less complex. This makes massive IoT deployments a lot easier with the LTE CAT1 module.

Low latency – Latency for the LTE CAT1 module is usually between 50ms and 100ms. This is better when compared with LTE CAT M1 and NB-IoT modules. This is also the reason why it is considered more suitable for data streaming.

VoLTE – Its data rate and latency levels make is possible for the LTE CAT1 module to support Voice over LTE. Developers who are looking for IoT connectivity solutions for applications that include voice communications will find LTE CAT1 to be a viable option.

No investment on the network infrastructure and global coverage – The LTE CAT1 completely reuses the standard commercial networks which makes it easy to be adopted by developers without having to worry about network coverage. Additionally, it connects to any LTE network so it provide global coverage.

3GPP’s release 13 defined LTE CAT-1 bis standard and this allows the module to use a single antenna which saves costs and reduces power consumption. On the other hand, CAT4 may use multiple antennae which increases power consumption making it less viable for industry applications.

At this time, most IoT applications have relatively small data packages and power consumption is the bigger concern. By choosing low data rates, costs can also be reduced in other elements like airtime.

Both LTE CAT1 CAT4 use the same network. So, you will not find an additional cost of deployment for the applications on the mobile operator’s side. 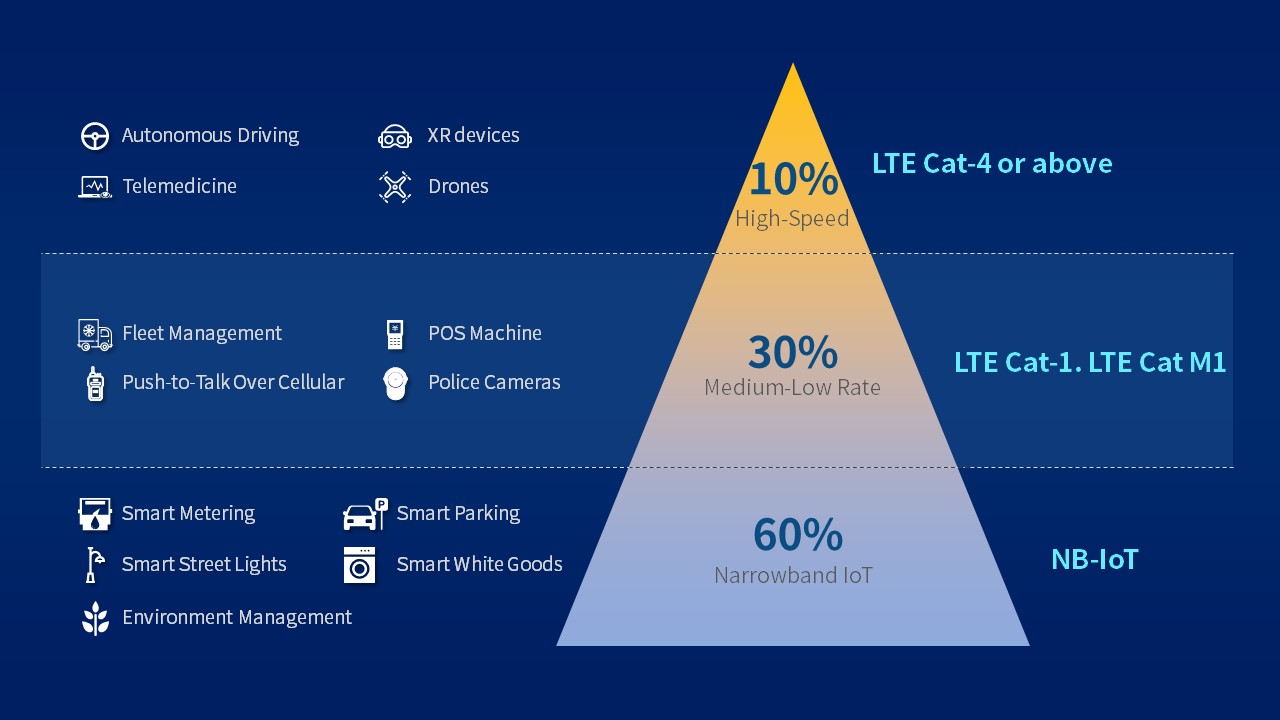